Indiana is proposing some new laws. I believe God created us male and female and the marriage is between men and women. “Some advocates of these two bills argue that they protect “fairness for all,” others say that they are a “compromise” following the path that Utah took with its SOGI law, while still others say they lock in some freedom before the opportunity closes forever. We think all three are demonstrably mistaken.”

1. They Do Not Protect Fairness for All. “Fairness for all” suggests that all the various aspects of SB 100 and SB 344 are desirable. They are not. SB 100 and SB 344 are first and foremost SOGI bills, meaning they create new protected classes based on sexual orientation and, in the case of SB 100, gender identity. They are not about protecting liberty. The fact that they attempt to exempt certain limited categories of people and institutions—clergy, houses of worship, religious non-profits, and small businesses with no more than three employees (SB 100) or five employees (SB 344)—from their new, harmful regulations is not fairness. It creates unjust policy and then tries to forestall some of its most egregiously bad consequences.

For a detailed discussion of SOGI laws in general, see Ryan Anderson’s report for the Heritage Foundation: “Sexual Orientation and Gender Identity (SOGI) Laws Threaten Freedom.” In this essay, we focus on the specific features of the Indiana “compromise” bills.

2. They Do Not Establish a Compromise. The bills are not a compromise, at least not a good one. Compromise suggests that each side gets something that it wants, though less than everything, and that both sides stand roughly equal at the end of negotiations. SB 100 and SB 344 give one side special new legal privileges applicable almost everywhere, and “in exchange” the other side gets limited exemptions from this bad public policy. (And as we note below, these limited exemptions are not guaranteed to last.)

Both policies would label people acting according to their faith as “bigots” in myriad circumstances. For example, under SB 100 thousands of vulnerable small businesses could be sued (thus, at a minimum, causing them to incur large legal fees) if they fail to require their employees to address transgender co-workers with the pronoun of their choice, which, of course, raises freedom of speech as well as religious freedom concerns. Under both SB 100 and SB 344 they may also be sued for having policies that reflect the belief that marriage is the union of one man and one woman. SB 100 and 344’s exemptions for some religious institutions and microbusinesses do not limit the social dynamic unleashed when the state brands mainstream religious beliefs about what it means to be a man and a woman as bigoted and discriminatory. The Human Rights Campaign asserts that religious exemptions to SOGI laws constitute “a license to discriminate.” Far better not to go down this dead-end road for religious liberty to begin with.

3. They Are Not the Best for Indiana or America. Neither bill is the best that Hoosiers, or Americans in general, can hope for in the midst of a troubling political and cultural environment. SOGI laws are legal hammers that are purportedly justified by extensive, entrenched, and unjust discrimination that simply does not exist. In Indiana—like America in general—market forces are already curbing wrongful discrimination based on factors irrelevant to employment ability or performance without the costs of heavy-handed legal coercion. Market competition can provide nuanced solutions that are far superior to coercive, costly, one-size-fits-all government policy. SB 100 and SB 344 are solutions in search of a problem. 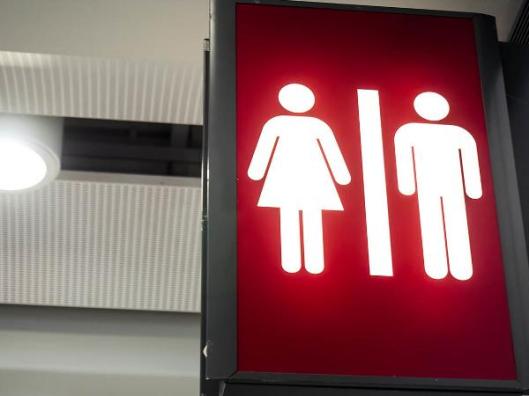