In our country we value respect for all people, even if we disagree about the lifestyle and behavior.

Many countries who follow Sharia law are not tolerant in any way.

Why do so many Americans turn a blind eye to what is going on? The Islamists are coming after us. They won’t tolerate our approach to these and many issues we hold as constitutional guarantees.

The lifestyles of gay, lesbian, bisexual and transgender people in Iran are comprehensively and systematically denied by the Islamic regime, which exposes them to horrific punishment, bullying and risk of suicide, a study has found. 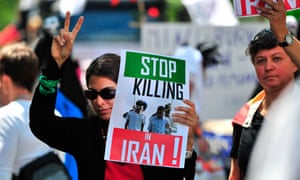